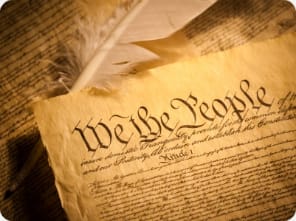 “Those who cannot remember the past are condemned to repeat it.”

George Santayana’s famous quote still resonates today, in a society where more than ever we look to the past to guide our future. For without examining past mistakes, how would countries develop and grow?

Social studies is a field focused on the study of society and humanity, with the goal of creating informed, civic-minded individuals.

Social studies teachers provide students with the skills necessary to become civic decision makers. This includes using evidence, viewing ideas through historical contexts, and demonstrating open-mindedness about the world and other cultures.

But before becoming effective members of society, students must gain a more complete understanding of the history, geography, economics, and government principles of America, and other nations.

Obtaining teacher certification in social studies demonstrates that teachers are ready to instruct these high- school students on the detailed complexities of each of these subject areas.

Social studies certification concentrates mainly on the five main content areas of social studies. These areas include world history, U.S. history, geography, government and civics, and economics. To pass certification standards, what exactly should teachers know about these subjects?

Certified social studies teachers must understand the contexts of historical events and actions, and how these have shaped civilizations.

Because of this, social studies teachers need to demonstrate a thorough understanding of world history – the societies, laws, wars, and governments that have contributed to the overall story of the world.

World history involves the connections and interactions between human societies throughout time.

Use of Film in History Class

For many students, history class means wading through convoluted and difficult-to-read textbooks. But today, many teachers are supplementing their reading assignments with new forms of media.

Click here to read more about films in the classroom…

The certification process tests potential teachers on their understanding of ancient and current civilizations, from classical societies like Greece, China, Rome, and Persia, to modern societies like the United States.

Certified teachers show an understanding of how ideas in these time periods helped contribute to modern government systems like democracies, and how different systems develop over time.

Certified social studies teachers must also understand the major causes and consequences of revolutions, and periods of significant social and economic change. This includes periods such as the Renaissance in Europe, as well as the Enlightenment.

Potential teachers must display how these and other movements have influenced the organizations of societies around the world, and led to major economic and social transformations, for example, the spread of the market economy, world religions, and industrialization.

Because the spread of world religions has helped shaped societies, teachers should show a thorough understanding of different religious philosophies, in addition to the tenets of each the world’s major religions.

Certified social studies teachers also must understand the role of conflict and war on the shaping of world history. For example, teachers must demonstrate knowledge of the major economic, ideological, and political consequences of World War I and World War II.

In America, teachers also place special emphasis on U.S. history. Because of this, potential teachers must understand the major principles and concepts behind the formation and emergence of the United States.

In America, culture and society have been influenced by how the founding fathers envisioned it so many years ago. Teachers understand the philosophical influences the European colonists brought to North America, and how these influences impacted U.S. history.

Certified social studies teachers must understand how and why Europeans founded colonies in North America, and how the development of these colonies still influences today’s society. For example, one of the major reasons for colonizing America was religious freedom, still a major aspect of U.S. life today.

Teachers should know about the origins of the U.S. revolution, and how its impact still resonates today in diplomatic policies with other countries. This includes the development of the U.S. Constitution and Bill of Rights, and an understanding of how these documents protect American rights and ideals.

During high school, students also begin to more deeply analyze the consequences that arose from territorial expansion, such as its effect on Native American tribes. Certification tests teachers on their knowledge of these developments, as well as how Native Americans interacted with Americans through the colonial and expansion periods.

Certified social studies teachers also exhibit an understanding of America’s participation in World War I and World War II, and how the consequences of these wars led to the rise of the United States as a world power.

The certification process also tests teachers on their understanding of modern U.S. history, from the Cold War to more current events, such as the wars in Iraq and Afghanistan.

Because social studies teachers know that much of history involves territorial wars between countries, they must also have a thorough grasp of the world’s geography.

For example, teachers should have an understanding of a country’s renewable and nonrenewable resources, and how a lack or surplus of those resources contributes to the decline or growth of a country.

Certified social studies teachers must show an ability to recognize pertinent data facts of countries, such as population density, literacy rates, mortality rates, and how these facts compare to other countries.

Before obtaining certification, potential teachers must show how to map this data, and use these maps to interpret individuals’ relationships to their environments. This includes an understanding of Geographic Information System software, which teachers might use to demonstrate patterns in air pollutants or population density around a major metropolitan area.

Social studies teachers should also know the borders, state formations, and contemporary areas of conflict that make up political geography. This political geography is not only identified by physical borders, but also by different systems of government.

To pass certification, teachers must distinguish between the major political theories and concepts that make up countries and ideologies within those countries. These ideologies include political orientations, such as liberalism and conservatism, as well as forms of government like theocracies and democracies.

Certified teachers must comprehend the relationship between citizens and states, as well as the philosophical theories, founding documents, public policies, and methods of citizen participation that comprise governments.

This also includes different political parties, both current and old, especially in the history of the United States. Potential teachers should understand the election process, voting, and citizen rights in America, and show how these rights are protected by governing documents, such as the U.S. Constitution.

Government and civics topics also include the limitations and strengths of the country’s legal system, including the courts, so teachers should understand important Supreme Court precedents, and how they affect and protect all of those living in America and abroad.

Governments tend to follow strict economic principles guided by both the leaders they select and their ideals. Because of this, teachers must show an understanding of economics, and how it helps shape countries.

Before becoming certified, teachers must demonstrate their knowledge of how decision makers in a country use, allocate, and distribute resources. The study of economics examines the costs – both intended and unintended – of economic choices.

Possible social studies teachers should know about economic topics, such as markets and prices, competition, economic growth, and measurements of economic performance. They should also understand the role of government in developing economic fiscal policies, and the implications of market fluctuations.

Social studies is an important subject if today’s leaders wish to avoid the mistakes of the past. With their wide-range of topic specializations, social studies teachers give important insight into government systems, past failures, and sound economic principles.

Use of Film in History Class

For many students, history class means wading through convoluted and difficult-to-read textbooks. But today, many teachers are supplementing their reading assignments with new forms of media.

According to “Tinsel Town: Hollywood Film in the High School Classroom,” published in The History Teacher, using historical films is a good way to engage students in difficult topics. In the article, authors Alan S. Marcus and Jeremy D. Stoddard note that history, more than most subjects, is dominated by textbook reading.

Most textbooks are written to give an impartial view of history, leading to an unfortunate side effect. Marcus and Stoddard write that most textbook reading is devoid of emotion, despite being about human sacrifice and tragedy in the face of insurmountable odds.

But more teachers are helping their students experience the emotion of history through Hollywood movies. According to Marcus and Stoddard, 92% of history teachers they surveyed reported using some portion of film at least once a week in the classroom.

For example, Marcus and Stoddard write, students spent more time empathizing with and thinking about issues of slavery after watching the film Amistad, a story about African slaves. Students participated more in class discussion than after reading a few paragraphs about slavery in their textbooks.

However, teachers must be careful to present film as only one part of the historical puzzle. Films might contain falsehoods and inconsistencies because of the nature of the film industry, which is more focused on economic success than historical accuracy at times. But by supplementing scenes in film with other sources, teachers find their students more engaged and interested in the material.