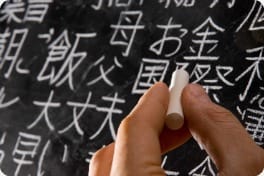 Foreign-language classes transport students to far-off lands without them ever leaving the classroom. For a short time each day, Japanese language teachers send students to distant Japan and educate them about a language and culture that is unknown to most.

Japanese language teachers hold a unique position because they are teaching a language that is not as widespread in U.S. classrooms as other languages, like Spanish and French. It is a language that has a deep history, and there’s a growing interest for it to be taught more in primary and secondary schools.

After all, travel to Japan has become easier in recent years, interest in the country’s culture is rampant among high school students, and the country’s businesses continue to expand their global footprint.

These are all gratifying facts for those who have a love of the language and want to share it with others. Teachers of this language are rewarded as they watch their students’ progress with their speaking and writing skills over the course of a school year.

The Importance of Japanese Language Teachers

Japanese language teachers develop their students’ ability to effectively learn other subjects. According to the Center for Applied Linguistics, students who study a second language at an early age do better in school and have stronger problem-solving skills than their peers. They also tend to perform better on tests.

Moreover, these students will eventually have more job opportunities. In recent years, the worldwide influence of Japanese companies has grown tremendously. Because of this, today’s students who later pursue a career in the automotive or electronics industries, for example, could find themselves serving Japanese clients, employers, or perhaps conducting business in Japan.

More immediately, Japanese language teachers inspire their students to think beyond their insular boundaries within the United States. Studying the language and culture of the country exposes students to an area they may not get in other classes, which, in general, are heavily steeped in the history and culture of the Western world. Japanese teachers have the ability to instill a love of travel in students or the motivation to study abroad one day.

However, potential teachers need more than knowledge of the foreign language and an interest in teaching it. Only certified teachers can have a job in the U.S. school system to run Japanese language courses.

Like all teachers, Japanese language teachers need to go through a certification process. This process varies by state. Learn more about teaching certification requirements in your state.

One option for potential Japanese teachers is to get a bachelor’s degree in education or Japanese and then get certified in teaching and foreign languages. The Praxis test for world languages applies to educators of all foreign languages. The questions are designed to determine if test-takers will be able to consistently integrate cultural aspects of a country into the classroom and to confirm they understand linguistic theories.

Some colleges and universities offer programs for teachers to get directly certified in teaching Japanese as a foreign language. If your college doesn’t offer a Japanese teaching certification program, getting your bachelor’s in education AND Japanese is another way to solidify your knowledge and background in Japanese. This shows your interest in both subjects and allows you to then get your certification in teaching.

The Super Bowl of Japanese Language

Every spring, the Japan-America Society of Washington DC hosts a national competition for high school students who have been studying the Japanese language. Started in 1992, the academic contest lasts two days and includes cultural activities, such as calligraphy and origami.

In 2012, 177 students from 14 states competed, at three different levels. They were questioned about the language, as well as Japan’s history, geography, culture, and relations between the United States and Japan. Two winners won a trip to Japan.

In addition to putting their language and knowledge of Japan to the test, attendees also get to wear a kimono, play the koto (a stringed instrument), and meet sumo wrestlers and well-known Japanese musicians. In 2012, Maki Kaji, considered the “grandfather of Sudoku,” the popular puzzle game, talked about how anyone can create crosswords.

It is important for future teachers to be proficient in both written and spoken Japanese. However, knowing the language is not enough for a teacher to be effective or certified. They need to be aware of the most appropriate methods for sharing that knowledge with students.

For potential teachers who are native Japanese speakers, they must be fluent in English in order to pass a certification test and to communicate effectively with their native English-speaking students. People for whom Japanese is a second language can teach it as well, although it is helpful if they have spent some time in Japan, either by studying or working abroad for a considerable length of time (not just a vacation).

It is essential for Japanese teachers to be flexible and open to adapting their program to different students’ abilities for learning a second language while at the same time meeting their state’s and school’s curriculum requirements. Students need to learn the language through reading, writing, listening and speaking. This work entails teachers using creativity in the classroom and incorporating different activities into their coursework. Depending on their students’ age and ability, Japanese language teachers incorporate regular conversations into their classes, drawing of Japanese characters, and group exercises that explore Japan’s culture.

What you should know about Teaching Japanese

More than 120 million people speak Japanese, most of whom reside in Japan. It is spoken in the United States as well, particularly on the West Coast as most U.S. citizens of Japanese descent have settled in California and Hawaii.

Teachers regularly review their lesson plans to make sure they are crafting questions in the language that their students can understand, at their level, and respond in a way that uses the vocabulary they have learned so far.

To foster a love of the language, Japanese language teachers need to be respectful of their students and avoid any tendency to be condescending. They try to balance their need to correct students’ pronunciations and answers without discouraging students from learning.

Japanese language teachers should praise their students and be respectful to keep their students’ interest. Japanese is a more challenging language to learn for native English speakers than Spanish or French. They need more time to get up to speed on the language since the sounds of the Japanese language and its grammar differ considerably compared from their primary language.

These teachers try to avoid pointing out examples of students who repeatedly make mistakes about certain terms as that could discourage those students from their interest in the subject. For instance, if a handful of students are struggling with weather terms, teachers may give the entire class multiple opportunities to discuss the weather on a daily basis. This will improve all of the students’ conversational skills in the language as well as make the terms that are causing trouble more familiar for those students who required additional help.

Foreign language teachers go beyond giving students a basis for writing and speaking in a language beyond their native tongue. They share the ways of a specific culture by talking about the country of Japan, the Japanese way of living and working, and the food, habits, and interest of the people who live there.

It is important to weave education about culture into the classrooms on a regular basis. Teachers may do this by bringing in samples of food or requesting that students bring in authentic Japanese dishes themselves. It is also useful for students to take a field trip to a Japanese restaurant or, if their community has one, a Japanese cultural center.

Fortunately, for these teachers, the Japanese culture has recently captivated the teenage crowd because of the widespread appeal of anime, video games, and game shows that have been shown and replicated in the United States and are widely available on the Internet. Japanese fashion has also found its way to U.S. shores, giving teachers another subject for keeping students’ interest.

Indeed, these teachers use modern culture to hook students into the subject and keep them enthusiastic about understanding the language. At the same time, they spend a significant amount of time talking about the more traditional ways of the Japanese. A popular ritual in Japanese language classes, for example, is the tea ceremony, which includes the preparation of tea and may include food.

Teachers may also celebrate Japanese holidays and events in class. Holidays present an opportunity to introduce foods and brighten up a classroom. To celebrate Japan’s Star Festival, for example, students can write down a wish (in Japanese, of course) on a colorful piece of paper and hang it on a replica of a bamboo tree on the wall. In Japan, such wishes are placed on actual bamboo branches among origami, creating a version of a Christmas tree.

In addition to the rudimentary learning of a language, Japanese teachers need to make classes fun and interesting for students. By being creative with their lesson plans, they are more likely to keep the interest of their students and at the same time keep themselves interested in the subject at hand.

In fact, these teachers will call on their students to be creative. While standard exams, such as multiple choice, of the language are necessary to test proper spelling and definitions of words, creative tests are a more effective way to truly determine a student’s understanding of a language. Structured tests do not happen in real life. Verbal conversations and writings do. For that reason, these teachers will ask their students to write poems or short stories in Japanese to see how they maneuver the language.

A great example of creativity in the classroom, at any level or age, is to have students write Japanese characters. Teachers will have students paint large Japanese letters, which can be hung up as decoration. This allows students to learn the intricate writing of Japanese and practice in a way that is fun and engaging.