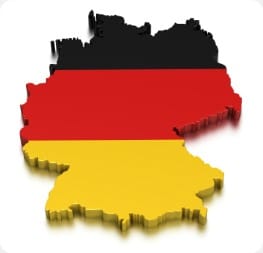 Thanks to the Internet, the growing connectivity of wireless mobile devices, and blossoming video chat technology, the world continues to get smaller and smaller. Over 100 million people worldwide communicate in German, and the language is increasing in popularity in American foreign language classrooms. Learning the German language can connect students to millions of native speakers around the globe, as well as the millions of people who have also learned German in a classroom. It is the second most popular foreign language in Europe and Japan, after English, and the third most popular in the world.

Most experts agree that learning a second language is more important now than it’s ever been. Research indicates that the early study of a second language results in cognitive benefits, gains in academic achievement, and positive attitudes toward diversity. By learning German, students can improve not only their standardized test scores, but their eventual college admissions and employment opportunities.

Certified German teachers can open students’ eyes to a new language, a new culture, and a world of new opportunities.

A German teacher certification indicates that a teacher is fluent in German, and has the educational background to effectively teach the language to students of varying ages. Certification provides a standard for German language teachers that guarantees students are receiving a quality education in the German language and culture.

In 1992, Wilburn Robinson reviewed 144 studies on the relationship between early second language learning and cognitive ability that were conducted over the previous 30 years. He found that early experience with two language systems seems to leave children with "a mental flexibility, a superiority in concept formation, and a more diversified set of mental abilities."

The certification process is different for each state, but most require teachers to pass comprehensive exams that test knowledge and proficiency in the German language. In some states, you will be able to earn your certification along with your bachelor’s degree, but others will require you to have your bachelor’s degree before getting certified. Learn more about your state’s teaching requirements, here.

Why a German Teacher is Important

The benefits of knowing multiple languages in today’s global society are numerous. Among these benefits, studies have indicated that bilingual children score better on standardized tests and are better problem-solvers than their peers who only know one language. Fortunately, childhood is the easiest time to learn a foreign language. That’s why many schools around the country are introducing a foreign language earlier than ever before and certified language teachers are in demand.

Did you know … that someone who is bilingual at a young age will have an easier time learning a third or fourth language later on?

A certified German teacher can help children and older students grasp the basics as well as the intricacies of the language. Becoming fluent in a foreign language takes years, even for children, who can absorb foreign languages more easily than older students and adults. The best way for an adult to become truly fluent in German is to experience an uninterrupted sequence of instruction from grades K-12. At this point, continual communication with other German speakers should create the level of proficiency needed to converse fluently with native speakers. Beyond a native-speaking household, a superior certified German teacher is the best path to this level of proficiency.

Learning German as a second language can mean an eventual career advantage, as well. The global economy has an increased demand for people who can speak foreign languages at a sophisticated level, German especially. Germany has the largest national economy in Europe, and is home to international brands including BMW, Siemens and Bayer.

To prepare for your German teacher certification, which in turn prepares you for the classroom, you will begin by becoming fluent in German yourself. Only when you become a comfortable speaker will you be able to adequately immerse your students in the language and correctly answer their questions. Your certification courses will also familiarize you with the culture, history and literature of Germany and other countries where the language is spoken. These topics will then determine your lesson plans and goals for your classroom.

Getting along in German

Good day: Guten tag
Where?: Wo?
Why?: Warum?
How much?: Wie viel?
Please: Bitte
I don’t understand: Ich verstehe Sie nicht.
What does that mean?: Was bedeutet das?

The educational component of German teacher certification prepares teachers for handling day-to-day student needs such as preparing lesson plans and correcting student work. This includes obtaining special language materials and programs for your classroom, and planning and attending parent-teacher conferences and administrative meetings.

Compared to adults and even high school students, the effortless way that young children can learn German almost seems magical. They are able to naturally grasp the structure of the language and near-native pronunciation through immersion, a unique ability for internalizing language that decreases over time. It is important for certified German teachers to begin teaching children as early as possible. Although some parents may worry that introducing multiple languages to a young child can create confusion, studies have shown that children can identify and compartmentalize separate languages by the age of 3.

In German lessons for children this age, it is best to allow the learning process to occur organically, in the same way that the children learn English. This introduction to German will include using the German and English names of everyday objects simultaneously, to help create a singular learning process for the new language. Children of this age can also learn the German alphabet, how to count to ten, and the simple history of some of Germany’s most important citizens past and present.

In middle grades, students are often first able to choose which foreign language they’d like to study, and gain a sense of reward from being able to hold short conversations in other languages with their peers. In addition to increased everyday noun vocabulary, certified German teachers will begin teaching them verb conjugation, short sentences, and everyday phrases. A great way to do this is to create a verb chart where students can mix and match verbs to create sentences and phrases.

Students of this age will still benefit from visual aids, and will also benefit from quick memorization techniques like short songs to go along with the conjugation of the verb ‘to be’. Tricks like this will help students remember the correct way to phrase things until it becomes natural.

For over 20 years, studies have found that students who took a foreign language had higher standardized test scores, especially on the verbal scale of the SAT. These days, multiple semesters of a foreign language are also a requirement for admission into some elite colleges. As a certified German teacher in a high school, you are in a position to help students delve deeper into the German language and culture.

High school German students will be expected to know how to understand, speak, read and write the language. They will be tested on their ability to conjugate more obscure verbs, answer a variety of questions, and give others directions in German.

While German lessons at the high school level are often more pen-and-paper focused than those for younger children, certified German teachers of students this age still have the opportunity to make class fun for their students. High school students can be tasked with reading entire German language books, be introduced to German pop music, and can watch American movies in German. Most excitingly, many high schools offer short study abroad programs for their foreign language classes that are chaperoned by certified teachers. By taking a group of students to Germany, a certified German teacher has the chance to open their eyes to a new culture, new food and the home of their new language.

Becoming Certified as a German Teacher

German teachers have the privilege of introducing students to a new language and culture that can enrich their lives and academic careers. If you’re interested in becoming a certified German teacher, find your state’s certification requirements here.